Getting a Second Dog – The Trials, Tribulations and Deliberations!

It’s been one whole year since we welcomed little Gertie into our lives. Getting a sibling for Poppy was something I’d deliberated for 13 years, [and that is no exaggeration!]

So, what made me finally take the plunge and get a second dog? 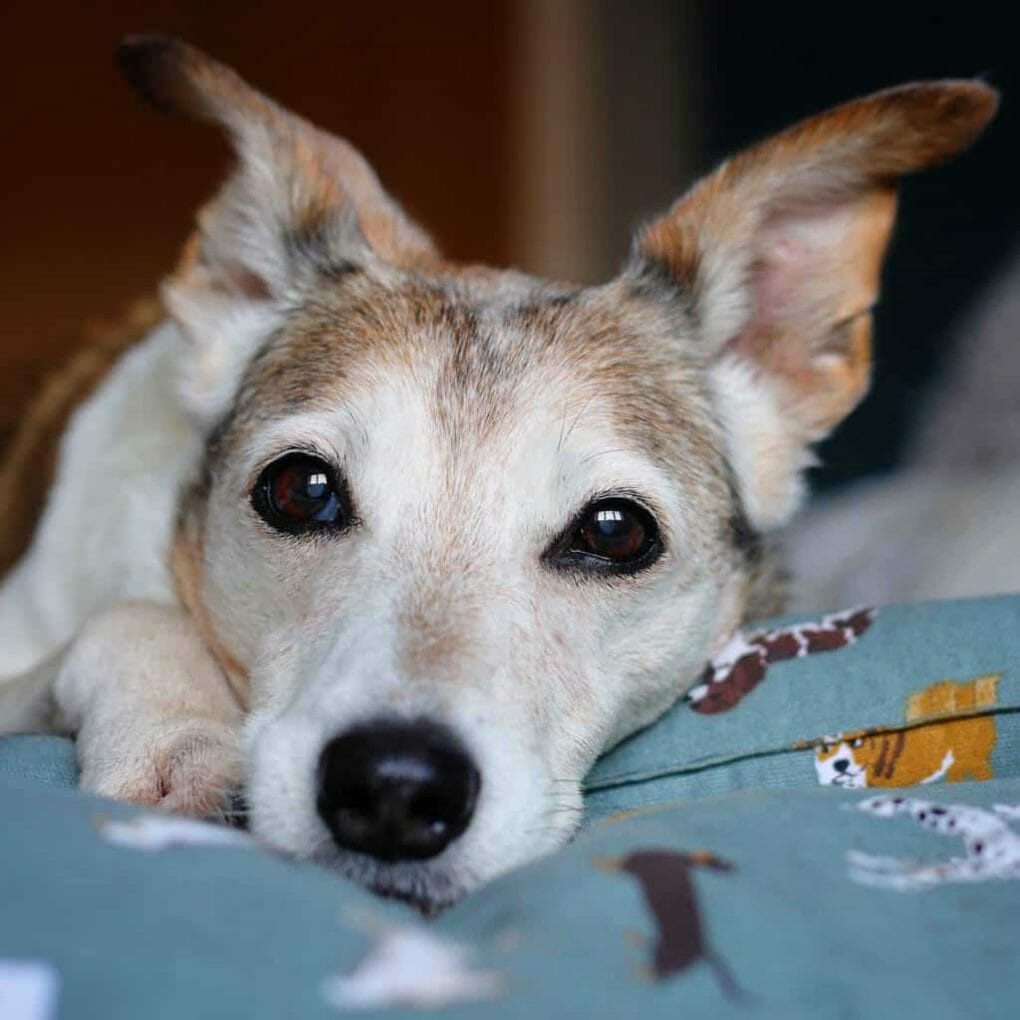 ‘When is the right time to get a second dog?’ I remember actually typing this into the Google search bar, hoping that the answer was going to spring out of the ether at me!

You see the thing is, I was so excited to be getting a puppy, but equally so nervous that Poppy, my then 13 year old collie/ terrier cross was going to have her nose put severely out of joint and never forgive me!

Just the two of us

It had been just Pops and I for as long as I could remember. She had never lived with another dog. In fact, even when we welcomed Bert the tortoise into our family, Poppy sulked for a whole six weeks!

When people jest about their dogs being their child substitutes, for me it was very much a reality. Pops had seen me through many dark days. Had helped me come to terms with infertility, childlessness and accept life for what it is.

We’d go away on holiday just the two of us and our daily walks weren’t just exercise, but adventures! How could I jeopardise this unique bond that we had shared for so long? 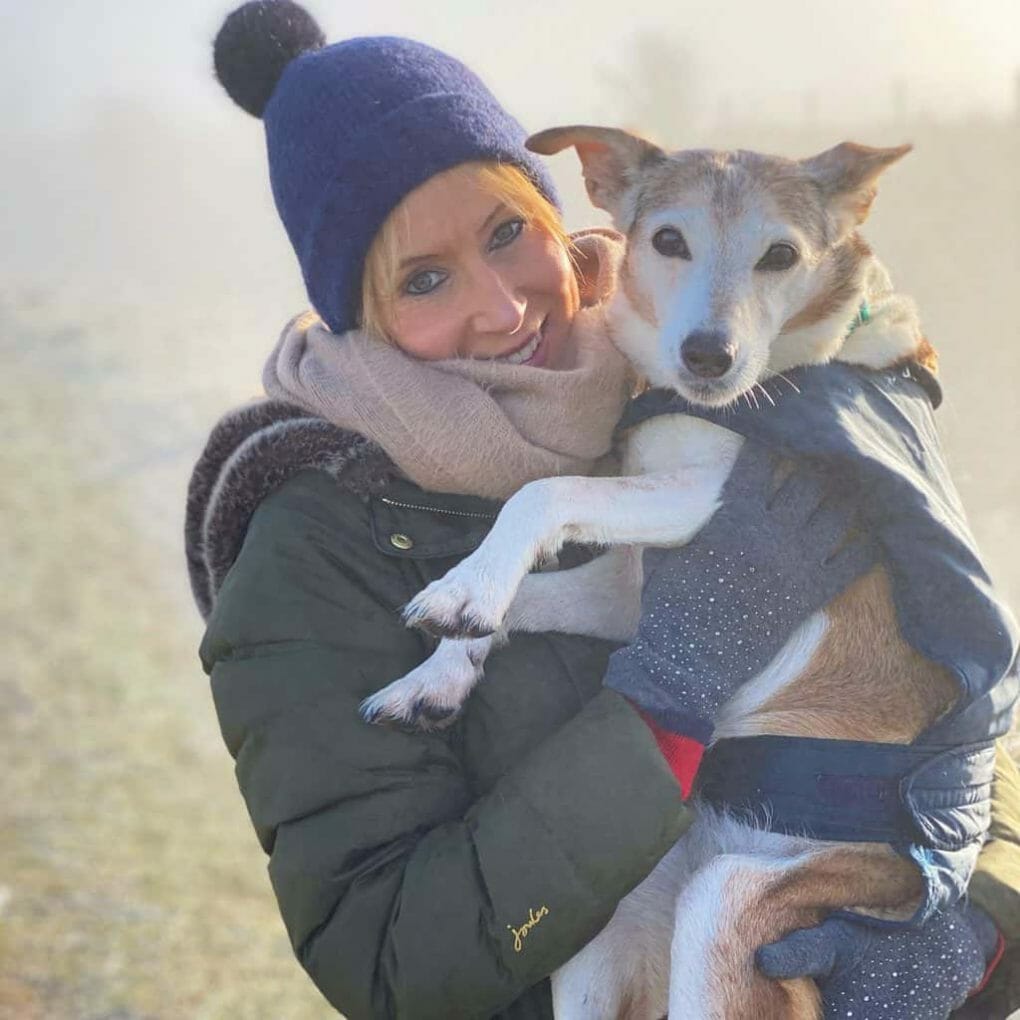 She was, and still is, my sole mate, my best buddy, the yin to my yang. But, something was starting to cloud the happiness that we shared. The resounding reality of her mortality was beginning to shadow almost every moment we spent together.

It was almost like I was suffering a form of grief whilst she still with me. I would burst into tears just thinking about life without her. I felt constantly uptight and on edge worrying about her. More and more of my waking days were filled with the fear of losing her and the realisation that I simply wouldn’t cope.

For those of you that know me, you’ll know that I dote on Pops. She is the most loving, loyal companion I could ever wish for. Though extremely affectionate towards me, she’s never been what I’d describe as a ‘doggy’ dog. On walks she would go a mile out of her way to avoid contact with other dogs, and when we met up with friends for a dog walk she’d tolerate the canine company, but rarely interact.

Making the decision to get a puppy, a mini Poppy [or so I hoped!] was the hardest decision I have ever made. If I’m being honest I really didn’t think she would let another furry being over the doorstep!

How to choose the right puppy?

I spent literally months trolling websites to find the perfect companion. I knew that we had to get a puppy that Poppy could dominate. We stood no chance of her accepting a rescue dog – she was too set in her ways!

Eventually, I found the perfect candidate – a Parson Jack Russell cross. Pops is half Parson, and I just love the feisty terrier personality. The fact that Gertie’s breeder lived an eight hour round trip away from home was neither here nor there. I was insistent that we drove all the way to meet her before committing to her, I needed to be sure that she was the one!

On our journey to meet her we’d come up with a few possible names, and had narrowed it down to Gertrude or Betty! When we got there, and unbeknown to us, she had already been named Gertrude by the breeder, we knew it was meant to be. It was written in the stars!

I knew that the initial introduction was going to be the make or break. I never forced anything and for the first few days Poppy chose to avoid Gertie like the plague!

We crate trained Gertie from the outset, keen that both dogs would have their own space. (You can read my blog How to Crate Train Your Puppy The Gentle Way if you’d like some tips).

My husband spent a few restless nights on the sofa – taking Gertie outside for regular comfort breaks and making sure she felt loved and adored. [As you can imagine it was no real hardship!]

Meanwhile Pops and I shared the big bed as we’d always done! I wanted Poppy to know that she would always be top dog and, if anything, life with a baby sister was only going to be even better than before.

I thought there would come a time when Pops would put Gertie in her place. Show her who’s boss, but that’s never happened.

They happily share food, eagerly ‘help’ with the ‘washing up’ when I’m baking, and enjoy a daily play fight when I’m getting ready in the morning!

Everyone has the best dog

There’s a saying ‘Everyone thinks they have the best dog, and non of them are wrong!’  Being honest wouldn’t we all want to replicate our devoted furry companions? Have them live as long as we do? Be by our side forever? No dog could ever live up to Poppy in my eyes and I thought that by getting a puppy it would take on Poppy’s character traits and personality.

In reality, I couldn’t have been further from the truth. Gertie and Pops are like chalk and cheese. Gertie is all about having fun, giving cuddles and making people laugh at her puppy antics. Pops on the other hand is fiercely loyal, the proud big sister and still a bigger toy-addict than Gertie will ever be!

It’s thanks to their differences that they get on so well. But they are both perfect in their own right. They complement each other and are enormously entertaining to watch. My parents have nicknamed them The Chuckle Sisters and it sums them up perfectly!

Having Gertie has given Pops a new lease of life. She’s got a sparkle in her eye that wasn’t there before. Gertie’s presence has reignited the puppy in her for sure. 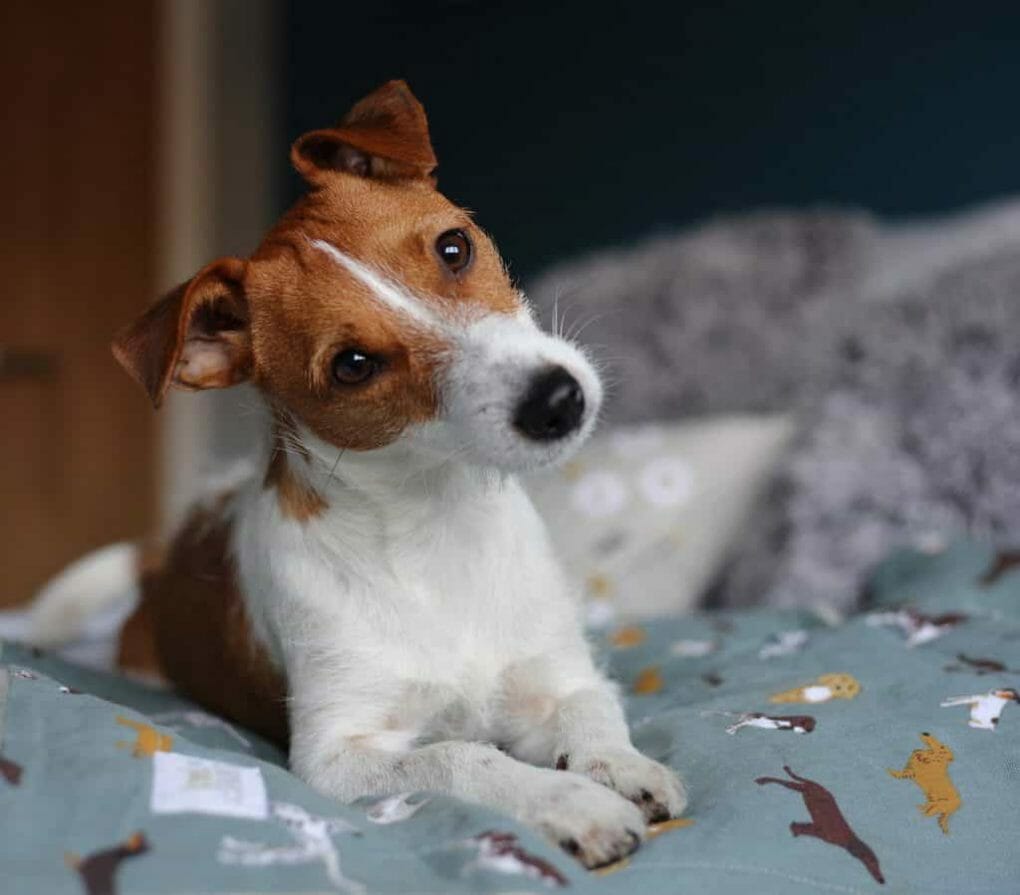 Having an older dog makes training so much easier

Who could have predicted that when Gertie was just 16 weeks old, the UK would go into lockdown! Talk about bad timing!

All the puppy classes, the training sessions, the socialisation that I had planned went straight out of the window.

But training Gertie has been relatively easy. She’s followed in her big sister’s paw prints and learned from the best.

Here are a couple of blogs you may want to look at. How to Teach Your Puppy Good Recall, How to Toilet Train Your Puppy in Just A Few Weeks and How to Socialise Your Puppy in Lockdown. I wrote them as much for myself as anything else. It was so long since Poppy’s puppy days that I’d forgotten what to do! And with training classes off the agenda, I had to improvise!

One of the best things about getting Gertie has been the positive effect it’s had on Poppy. Something that I could never have predicted in a million years!

She’s always been quite reserved, not with me obviously, but with other dogs. Even with people to a certain extent.

Since having a sibling in tow, Pops really is a different character altogether. She is so much more confident. Things that she used to be petrified of – fireworks and thunder storms, she no longer bats an eyelid at!

She is friendly and sociable with other dogs we meet on walks. She’ll even want cuddles from friends of mine now – something she has never done in her life before! Above all she is so much more relaxed and happy.

I no longer fret over her so much now I have the two of them, and Pops really picks up on this. Dogs reflect our mood and sense our anxiety. I am more relaxed and as a result Pops is more laid back and feels secure. She takes life in her stride, as do I.

She actually seems to love being a big sister. Her and Gerts don’t snuggle up together, but they genuinely miss each other if they’re apart for any reason. Should I get a second dog?

Over the past year I’ve come across so many people who, like me, worry about getting another dog.

Worry they’ll offend their dog, or that their dog won’t accept a companion. But I wanted to write this blog to assure you, or maybe reassure you, that if it’s something you’re considering, do it!

Do I wish we’d have got a puppy sooner, when Poppy was younger? No! Not for one minute! I will always cherish every moment we spent together, just the two of us.

But I am so grateful that we introduced Gertie when we did. It’s meant that Poppy has been given the chance to be a big sister. She’s been able to teach Gertie right from wrong, which she’s loved!

Most of all I can enjoy everyday with my two girls. I no longer dwell on the future and what it might hold. Instead I make the most of everyday. I live in the moment and get the greatest joy from watching Pops and Gertie interacting, having fun and being dogs!

If you have any questions about getting another dog, please get in touch. I’d be only too happy to share my experience and knowledge.