10 Things No One Tells You About Getting A Puppy

Puppies are cute, in fact they are irresistible, but don’t be fooled by those puppy-dog eyes. They are little devils at heart! Here are 10 Things No One Tells You About Getting A Puppy!

It was a year ago this month that little Gertie came bounding into our lives!

When I say bounding, that is no lie! Some days she was WILD!

Those early days were such fun, but also complete chaos on occasions! There were days when I felt like a crazed Mum of a newborn, thrown into an unfamiliar world of sleepless nights, temper tantrums and wondering what the hell I’d done!

In a world that has gone puppy mad, I see so many posts on social media from desperate first time puppy parents reaching out to others in the vain hope they’ll have the answer. The cure for their out of control pup!

I can’t help but have a little chuckle to myself, remembering how I felt in those early days!

Although we already had Poppy, our 13 year old Collie cross, she was, and still is, impeccably behaved. Her puppy days were a distant memory. I’d conveniently forgotten about her refusing to return on command. Or chowing through 3 leather sofas and several wooden chair legs! 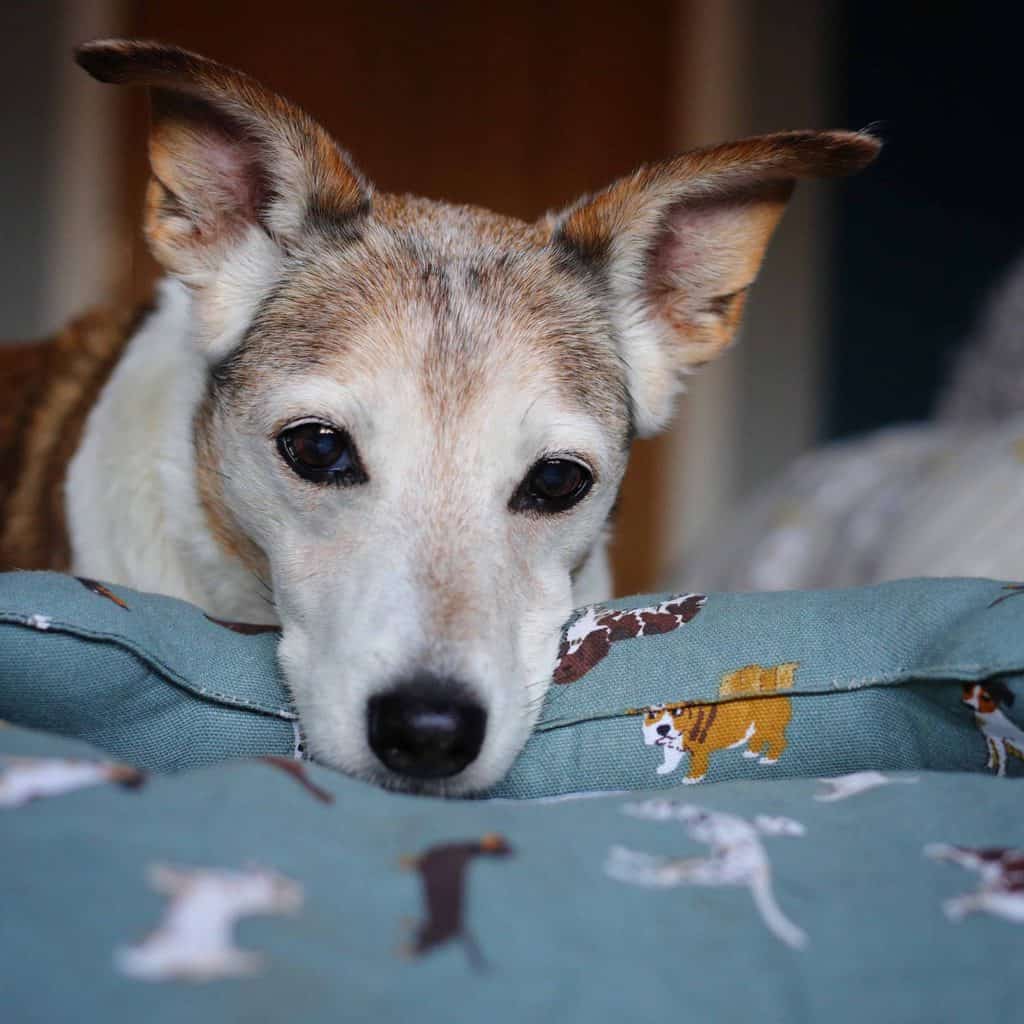 Poppy is perfect, but how on earth was my new little bundle of fluff ever going to be as well behaved as her big sister?

Well a year on, I have to tell you Gertie is pretty perfect! She still has a few wobbles, but they get fewer and farer between.

To all those new ‘pawrents’ out there, I wanted to reassure that with dedication and perseverance, you’ll have your perfect dog in no time. Embrace those cherished puppy days because they are so brief and last for such a short time.

Just for a laugh [and maybe to instil a bit of sanity in those of you reading this!] I thought I’d share with you all the things I couldn’t do a year ago with a young puppy in the house!

10 THINGS NO ONE TELLS YOU ABOUT GETTING A PUPPY

Any given opportunity, and loo roll would be strewn around the house like ticker tape! It had to live at least 2 metres from the floor! Even taking this photo was a huge challenge – she was obsessed!

Quite ironic considering the loo roll saga of the early Covid days which coincided with Gertie’s puppyhood! 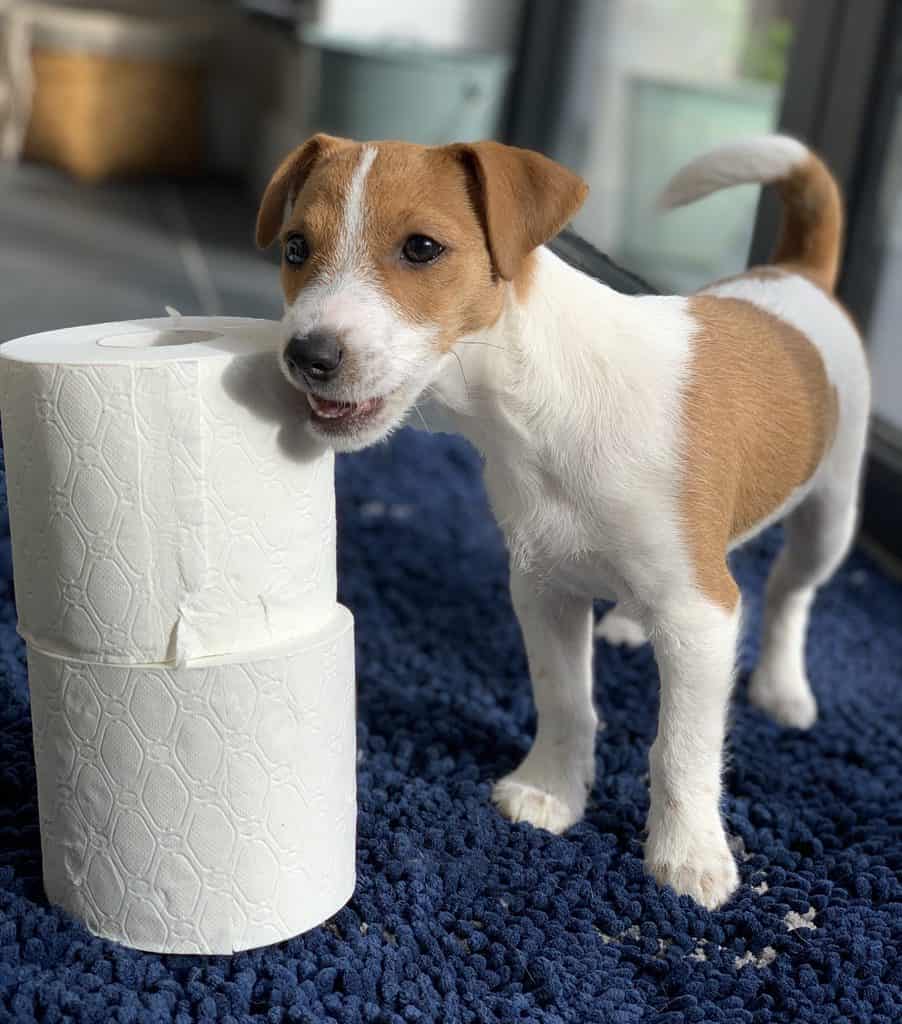 Due to Covid restrictions, Gertie missed out on all her puppy socialisation classes and dog training. This led to severe lead frustration! We literally couldn’t get with 50 metres of another dog when she was on the lead, without her going crazy!

Even now she has the occasional relapse. It has taken hours, in fact days, weeks, months even, of training. But we have got there with determination and repetition. For this I cannot thank Kerry from Wiltshire Dog Training enough. Her advice was spot on.

A word of warning though! Never expect a dog trainer to ‘fix’ your dog. It’s up to you as the owner to put in the hard graft and keep working on their advice. I have spent literally months working on Kerry’s advice, there is no quick fix.

Quicker than the speed of light!

Most of you may know, if you read my blogs regularly or follow me on social media, that I love taking photos. Pops is my perfect model. She will pose until the cows come home and she really does enjoy it! The bigger the audience, the more Pops poses.

It was quite a shock to have a puppy who wouldn’t ‘stay’ on command or sit patiently whilst I frantically adjusted the settings on my camera!  The shutter speed on my camera had never been so high as in those early days. Other than when I was taking photos of my husband whizzing around a motorbike track at 100 plus miles an hour! 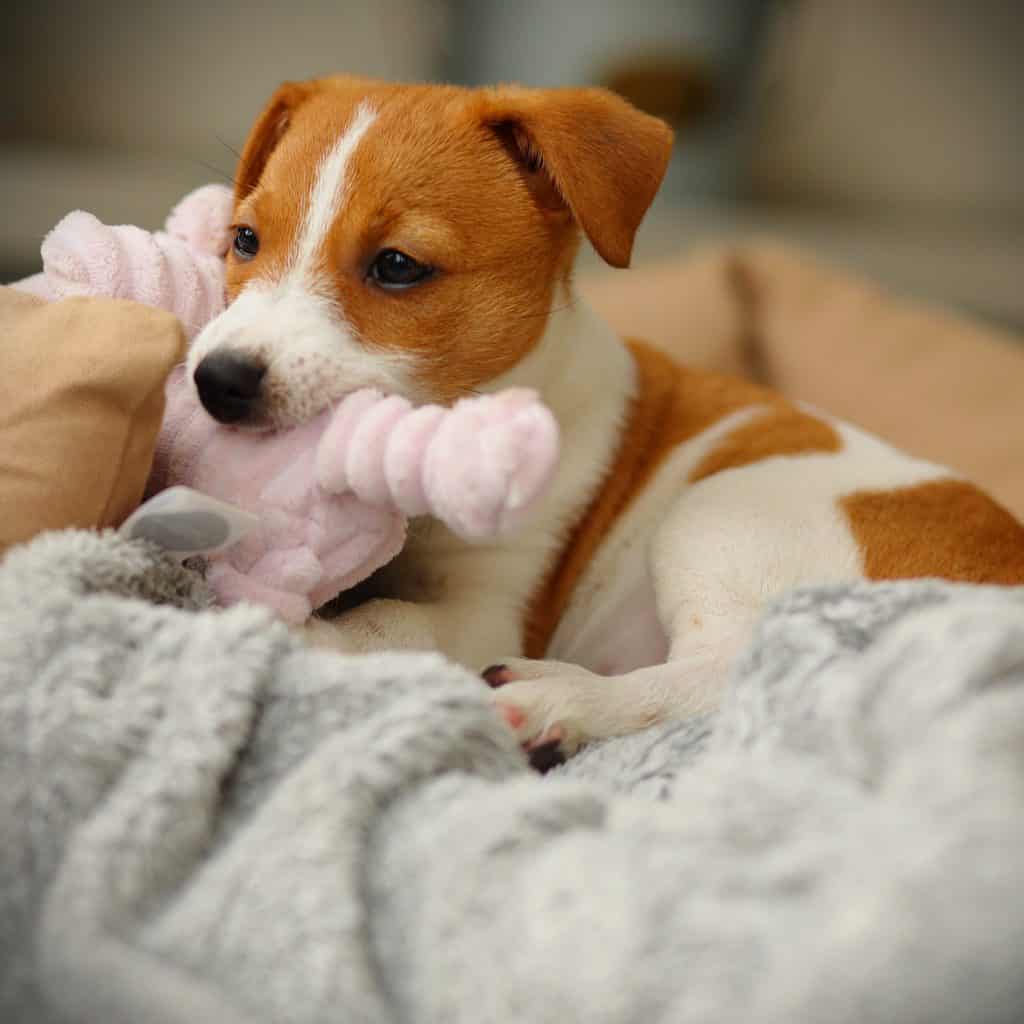 Going to the loo alone was impossible! Especially given Gertie’s loo roll obsession! These days I’ve managed to convert it to a muffled sniffing action along the bottom of the bathroom door!!

Given the chance she’d rather be in there with me though!

Gertie was, and still is, obsessed with house-hold chores! It’s the one thing I’ve not yet trained her out of, although her obsession is dwindling – slightly!

Show her the vacuum cleaner and she still goes mental! However back in her puppy days dusting, sweeping and mopping the floor were all a big no no! Oh, as was watering house plants! 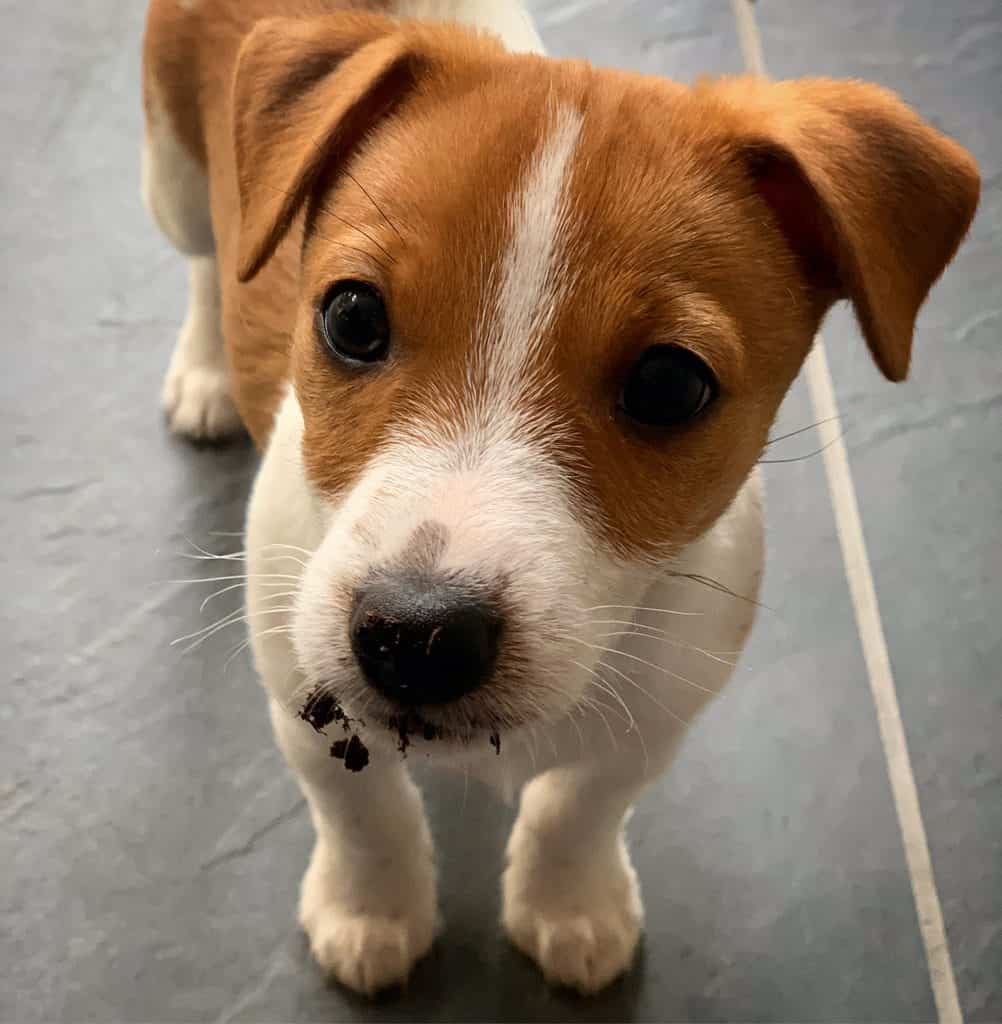 Anything with a label on was a subject of huge fascination. In the end I ended up buying her a taggy blanket to satisfy her obsession! These days she doesn’t give two hoots! Isn’t it funny how they change! 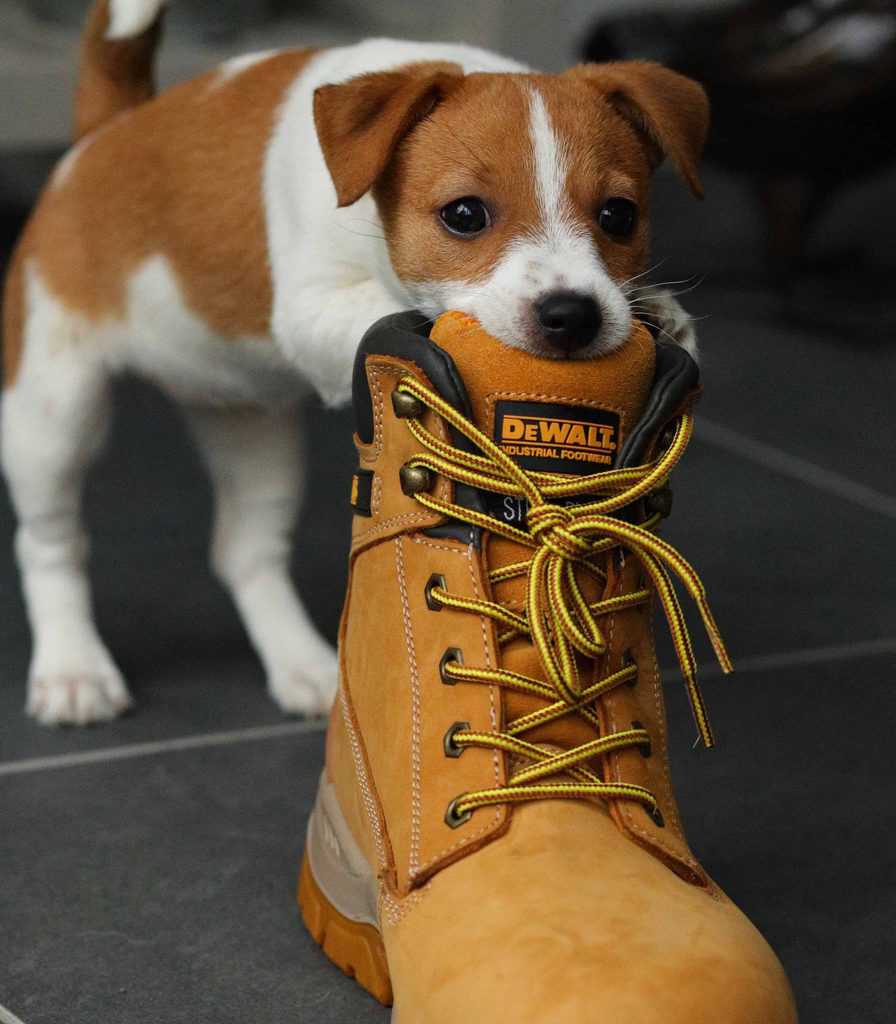 Luckily this phase only lasted for a few days, but I kid you not we couldn’t move anywhere without a game of foot tag! Those needle sharp teeth are no substitute for acupuncture I can tell you!

Puppies teeth a lot and it’s perfectly normal! Be prepared for little shark teeth chasing anything that moves! Yakers chews were a god send – they literally saved our furniture, and my limbs! (Yakers dog chews can be given to puppies 16 weeks and over).

Even the most boring objects became toys! In fact, better than toys because they were forbidden fruit! Magazines, books, you name it, if it was close to the ground it had to be hidden for at least the first 6 months! 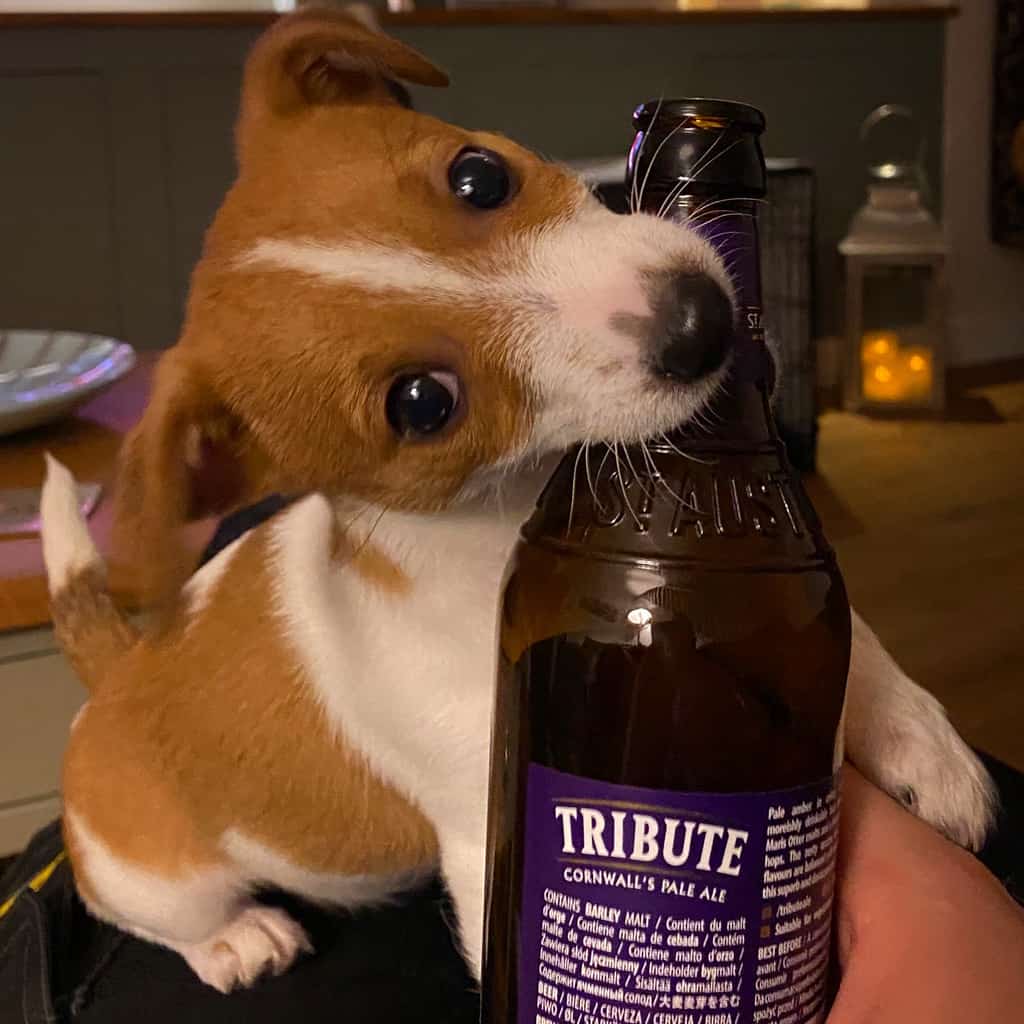 You will spend A LOT of time in the garden! I was out in all weathers, in my PJs, winter coat and wellies! [Thank the lord our garden isn’t overlooked!] The only way to toilet train a puppy, is regular trips to the garden. Every 15 minutes, whatever the weather, however long it took for Gerts to perform, I was there!

If you’d like to read more about my toilet training secrets, here’s my blog – it really does work if you stick to it! How to Toilet Train Your Puppy in Just A Few Weeks

They say a silent puppy is a sign of trouble and they’re not wrong! If there’s silence, even for a millisecond, it’s a sign of mischief! 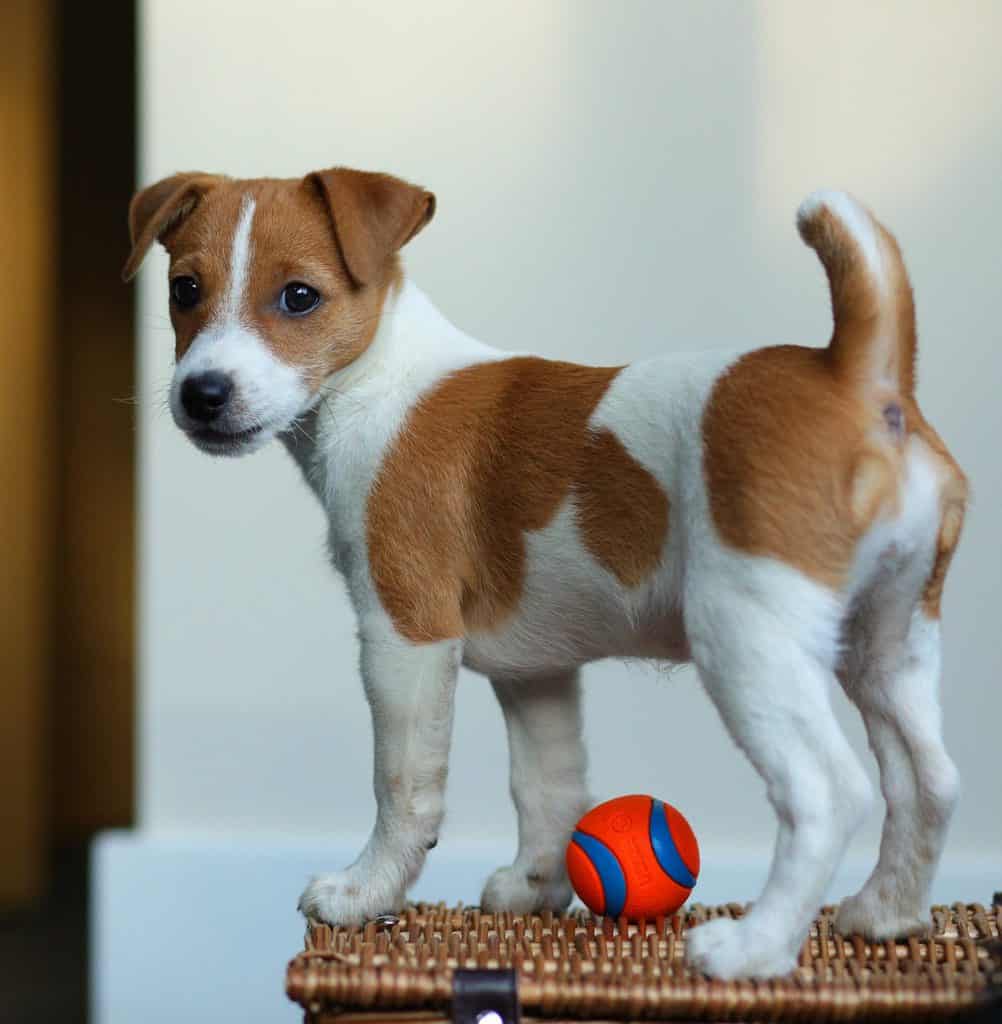 All I can say is make the most of every second and treasure even the most annoying, infuriating habits, because your pup will be grown up before you know it!

If you’ve enjoyed reading this, you may want to read my other blogs in my puppy series.

How to Crate Train Your Puppy The Gentle Way

How to Teach Your Puppy Good Recall

Please share your puppy’s antic in the comments – we’d love to hear them! 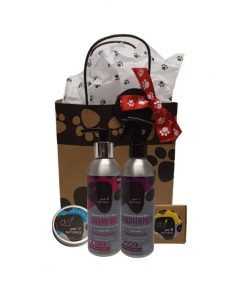 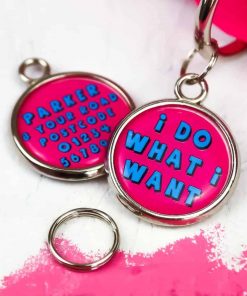 Funny Dog Tag, I Do What I Want

These funny dog tags make the purrfect gift for dogs and stocking fillers for dogs.

Turn your child's drawing into a unique keepsake with these durable dog ID tags.

This Personalised Dog Blanket features a lovely Appliqué Heart and Paw Bone design with your dogs name embroidered below.